When Tavel Bristol-Joseph moved to Austin in 2015, the first thing he did was look for a Caribbean spot for a plate of sweet plantains and jerk chicken. But the chef, who had grown up in Guyana, could only find a few food trucks serving the types of dishes he dreamed of.

“Subconsciously, it made me feel that me, my culture, was not part of the community,” he said. “I had this void in a way. The food that I know is not at the level, does not have the same respect as other kitchens.

It doesn’t matter, however. He was only in town for a while, helping his friend Kevin Fink open a little restaurant called Emmer & Rye.

Six years later, after forming the Emmer & Rye restaurant group with Fink, opened four other highly acclaimed separate restaurants in the city (Hestia, Kalimotxo, Henbit, and TLV), and being named one of the Food and wine‘s Best New Chefs of 2020, Bristol-Joseph has agreed that he won’t be leaving Texas anytime soon. And he’s finally ready to tackle that blind spot in the city’s food scene that has been eating him away from the start.

“I thought the next person who moved to Austin should never feel what I felt,” he said. “I no longer want to sit down and say that we are not (Afro-Caribbean) represented. I want to represent our food in the best possible way. So all I need to do to create a space where people feel welcome and a part of the community is what I do.

Last week Bristol-Joseph opened his passion project, Canje, on the east side of Austin. Named for Guyana’s national bird, a pheasant, Canje’s cuisine does not remain tied to the continent; he travels the region, from island to island from Puerto Rico to Jamaica, then drags the Afro-Caribbean diaspora to places like Brooklyn and now Austin.

Bristol-Joseph says that while many cuisines in the region overlap in terms of ingredients, the cooking techniques stand out. For example, while ceviche is common in countries like Puerto Rico, he says, Guyanese wouldn’t dare to eat raw fish. Canje’s dishes also highlight the influence of colonial powers like India, China and France in the region.

“I really think that by presenting more diversity in food, it opens people’s eyes,” he said. “And then we are here, we are sitting at the same table in the same restaurant, eating the same food, sharing, talking, communicating. It is important.” 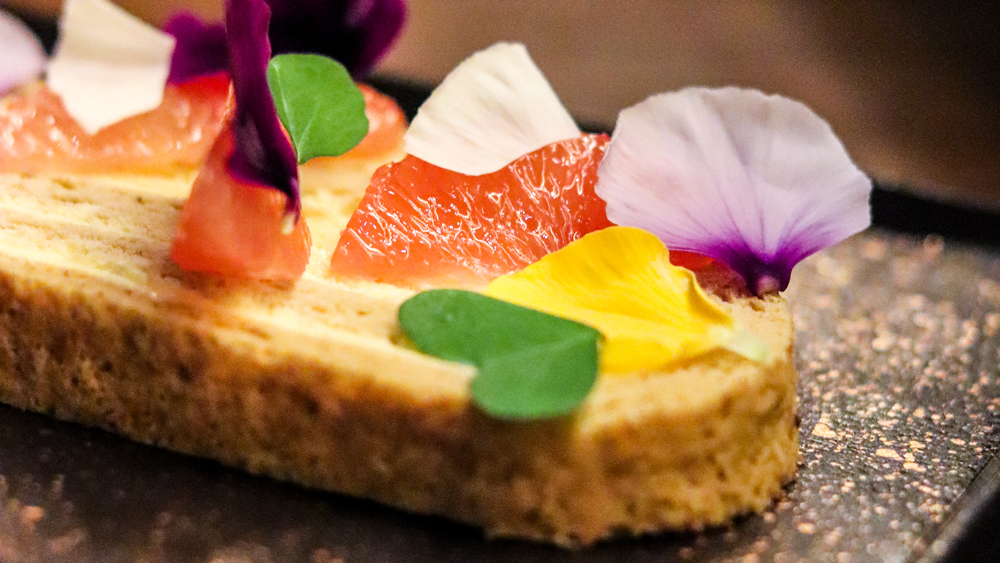 Bristol-Joseph created the desserts for restaurants like Hestia, our best restaurant of 2020.

And for dessert, the chef’s specialty, we find a passion fruit flan accompanied by a shortbread of cornmeal; very leches of guava, coconut and roasted white chocolate; and black cake with cream cheese frosting.

Each dish has a special meaning for Bristol-Joseph. The Guyanese black cake, for example, is hardly recognized outside its country of origin. This rum-meet-fruit-meet-book party cake can take up to a year to make. Typically, the elders of a family soak the main ingredients – carambola, hibiscus, and melon skins, for example – in rum and red wine for months before making dessert.

The fruits of Canje’s black cake have been fermenting for six months.

“It represents longevity because it takes so long to make,” he said. “It has a very deep meaning, culturally, and for me it is important to put [those kinds of dishes] on our map. I want people to ask questions about this. I wanted people to have something special all day, every day. 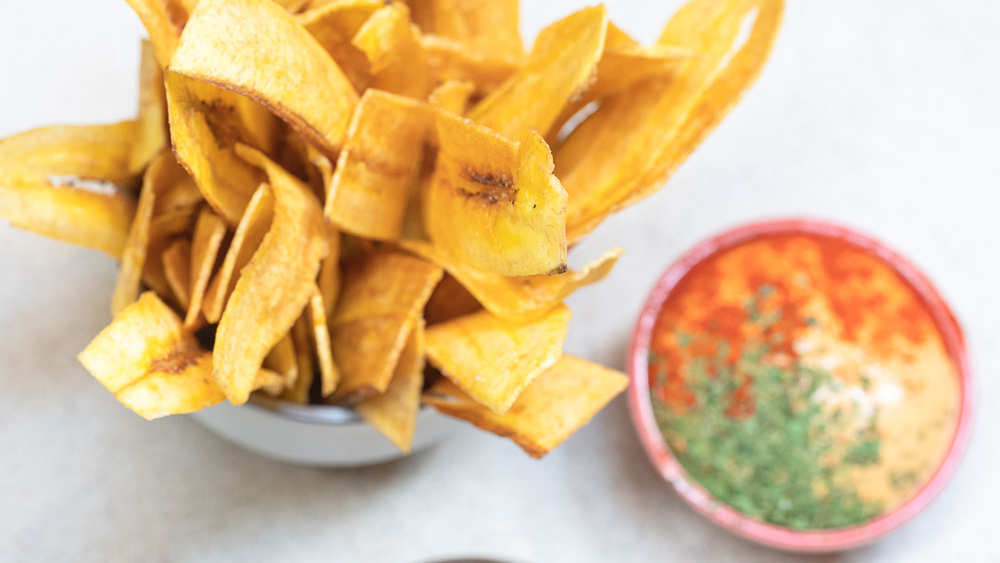 Bristol-Joseph grew up in the tropical region of Georgetown, Guyana, and majored in home economics in school. At 17, he moved to New York City to be with his mother and pursue his dream of becoming a professional basketball player. That, well, didn’t work, so he went to culinary school and excelled in the baking program. He walked through town eating Italian food, strawberries, Thai food, apples and many more for the first time.

He then devoted his career to pastry, mainly European, which he learned to immortalize in his education. He worked as a pastry chef for large restaurant groups in New York and Arizona, where he met his business partner, Fink, the one who convinced him to move to Texas.

Canje is the first restaurant where Bristol-Joseph will serve as executive chef. He took his team on a trip to Guyana before the opening.

“The challenge is that we are asking chefs who have never cooked Caribbean dishes to create and cook Caribbean dishes,” Bristol-Joseph said. “There are flavor profiles out there that if you’re unfamiliar with you’re going to miss it.”

Bristol-Joseph also had to learn the language of cooking. For example, he assumed they could build a beef curry in a large saucepan, cook it to the right thickness, and then prepare it at the time of ordering. But in a restaurant environment, if they had left a large pot to simmer on the fire overnight, the product would not have been homogeneous. The vegetables and meat would have turned to mush by the end of the night. So he smashed the curry and the cooks put everything together to serve. 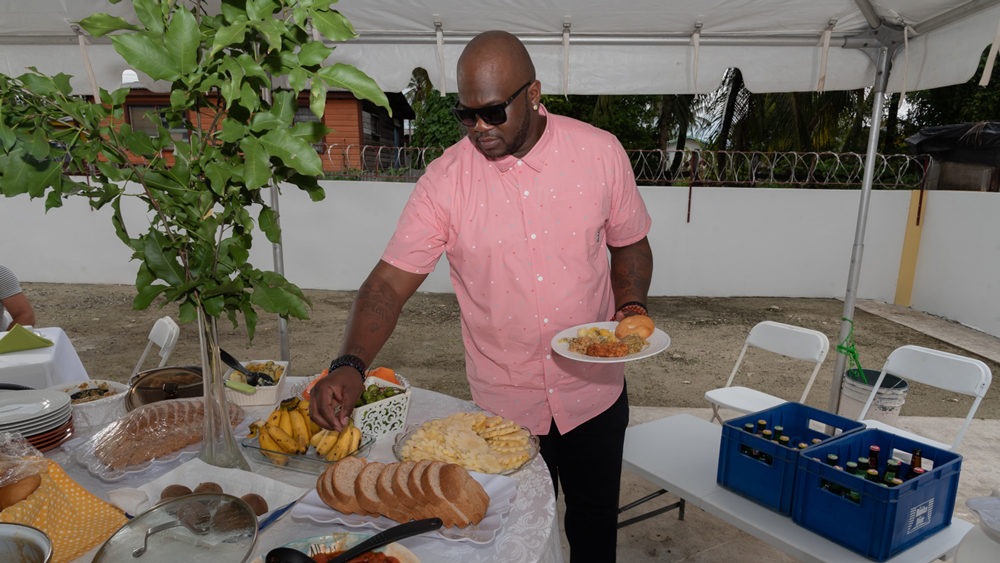 Bristol-Joseph and his team traveled to Guyana for pre-opening research.

“The tasting was also a big challenge,” he said. “It’s very technical for professional chefs. They’d say oh, it has a nice acidity, it’s there. I’d be like, huh… For me, it’s more of an emotional thing. Ask a grandma and they’ll say he needs a little more love. How can I communicate this? “

His uncle, an investor in the company, has already visited and approved; her mother and the rest of her family will make the trip in November.

“My uncle was so proud, blown away and excited,” he said. “He was like, ‘I never had this food like this before.’ It gave me so much joy.

“Last night I had two older couples and they were true Guyanese. They were saying how amazing it was that we had pepper shakers on the menu. And they made sure to try the black cake. It was really cool to see people that I didn’t even know existed in Austin come out and be a part of this. I’m so happy and proud to have a space that can say it’s a representation of me and my culture. 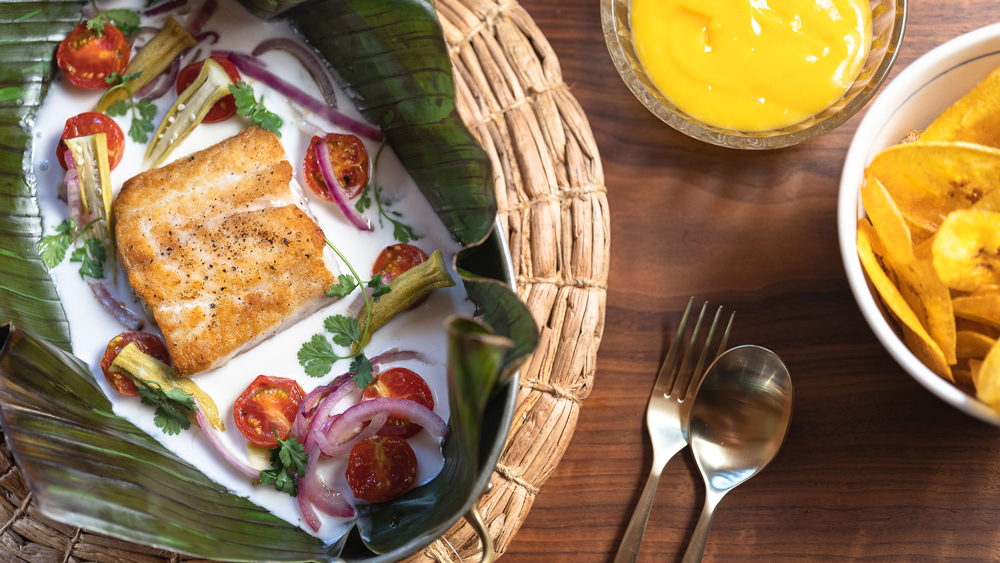 He envisions the evolution of the menu, one day featuring dishes from countries like Martinique, Haiti or Curaçao, based on feedback from his chefs. Some of them have Afro-Caribbean origins – they grew up in Dominican, Puerto Rican, Nigerian or Mexican homes.

“We are going to reach as many islands as possible in the most authentic and natural way,” he said. “The staff will help me a lot with that. I’m all ears. I’m not going to act like I’m an expert in Caribbean cuisine, because I absolutely am not. Saying that there are things you don’t know opens the door for other creative minds to excel. So I’m very excited to see where this trip is going.

Lydia, which serves Afro-Caribbean dishes and cocktails, debuts in December

Ryan’s Kitchen: Meet the man behind Leeds’ take-out empire serving Caribbean food for everyone to enjoy