Lino Joseph, a real estate investor and creator of the Spice House restaurant concept, wanted to tap into the cultural diversity of the Atlanta metro area and capitalize on the fact that Caribbean culinary cuisines have many influences from food and cultures. of the whole world.

Atlanta, Georgia – April 6, 2022 – Now in its fifth year after opening its first location in Southwest Atlanta, the owners of Spice House Restaurants enjoy a thriving business catering to the palettes of discerning and curious customers who love vibrancy and flavor. distinct from Caribbean cuisine.

Lino Joseph, a real estate investor and creator of the Spice House restaurant concept, wanted to tap into the cultural diversity of the Atlanta metro area and capitalize on the fact that Caribbean culinary cuisines have many influences from food and cultures. of the whole world. As a result, Spice House’s menu creatively incorporates influences from dishes from various islands like Jamaica, Haiti, Trinidad, Cuba, the Virgin Islands, and more.

“I am of Haitian and Bahamian descent and having grown up in Miami and traveled abroad, I have not seen Caribbean cuisine enjoy the same respect and appreciation as European and Asian cuisines around the world. “, says Joseph, owner of Spice House with two partners. “I opened Spice House because I wanted to raise the bar and change the narrative of how people eat in Caribbean restaurants,” he explained.

Restaurants are located in the culturally diverse and affluent communities of Midtown and Buckhead, as well as the predominantly African American and affluent communities of Cascade in Southwest Atlanta and Stonecrest (formerly known as Lithonia) in southeast Atlanta. According to Joseph, these locations were all strategically located due to resident demographics. For example, the Cascade restaurant in southwest Atlanta, which was the first to open in 2017, regularly sees customers including entrepreneurs, professionals, dignitaries and celebrities from film, television, sports and music. 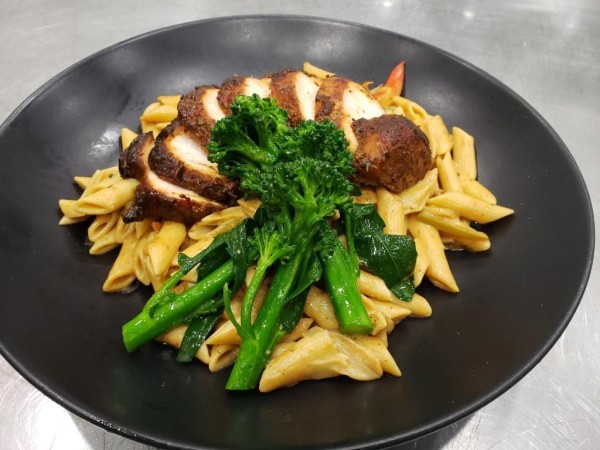 “Everyday customers of our Cascade site can include community leaders like new Atlanta Mayor Andre Dickens, former Mayors Keisha Lance Bottoms and Andrew Young, Reverend Bernice King, as well as TV celebrities and music like Queen Latifah and KeKe Palmer, and some of the Atlanta Housewives actors,” Joseph explains, “and the same goes for all of our sites,” he shared.

Joseph and his partners are entrepreneurs with successful businesses outside of Spice House. As a result, they are committed to Spice House Atlanta restaurants supporting the communities in which they operate. To this end, they organize various community events around causes they are also passionate about. These include economic empowerment initiatives for disenfranchised communities of color, youth development, health and wellness programs, and ending domestic violence.

Primarily focused on providing guests with high-end Caribbean cuisine, the Spice House/Stonecrest Restaurant is the only restaurant with a stage and offers weekly entertainment. From Wednesday to Sunday, local, national and international R&B artists, comedians and musical artists from the Caribbean take center stage. Additionally, to encourage and promote entrepreneurship among young people of color between the ages of 25 and 40, the Spice House/Midtown recently began hosting invitation-only bi-weekly business networking events. which are gaining popularity. .

The executive chefs at Spice House Atlanta hail from various Caribbean islands, each bringing their own flavor and techniques to the dishes on the menu. The restaurants, which have all grown through word of mouth, are popular places within their communities.

“Despite the challenges the restaurant industry has faced over the past two years, we are very pleased and grateful that our restaurants have maintained a steady flow of customers, from millennials to baby boomers, eager to discover the art of Island cuisine and culture,” Joseph said, “and we look forward to expanding to other cities soon,” he said.