Teenagers storm a Caribbean restaurant in Philadelphia where they flip tables, throw chairs and a bike

Shocking footage shows the moment a large crowd of at least 20 teenagers stormed a Caribbean restaurant in Philadelphia, ransacking it by knocking over tables, throwing chairs and even a bicycle at staff.

The raid took place on the night of August 6 at Zion’s Kitchen in the Germantown neighborhood of The City of Brotherly Love.

In the video, the group can be seen knocking over tables and throwing chairs at the plexiglass separating customers from employees. At one point, a teenager grabs a bicycle from outside and throws it inside the Caribbean restaurant, where workers hide behind the counter and a staff door.

Other teenagers were recorded stealing drinks from the restaurant’s cooler.

“They destroyed the glass, they broke my chairs, they messed up my fridge. It may be a small thing, but it’s expensive,” said the restaurant owner, who wished to remain anonymous.

Philadelphia police say they are aware of the incident but need more guidance in their investigation. The law enforcement agency is also asking for the public’s help in identifying the teenage suspects in the video. No injuries were reported. 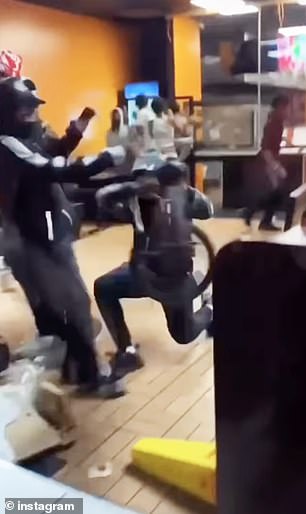 A mob of at least 20 teenagers stormed Zion’s Cusine, a Caribbean restaurant in Philadelphia’s Germantown neighborhood, on August 8, where they knocked over tables, threw chairs and even a bicycle at restaurant staff hidden behind the counter. 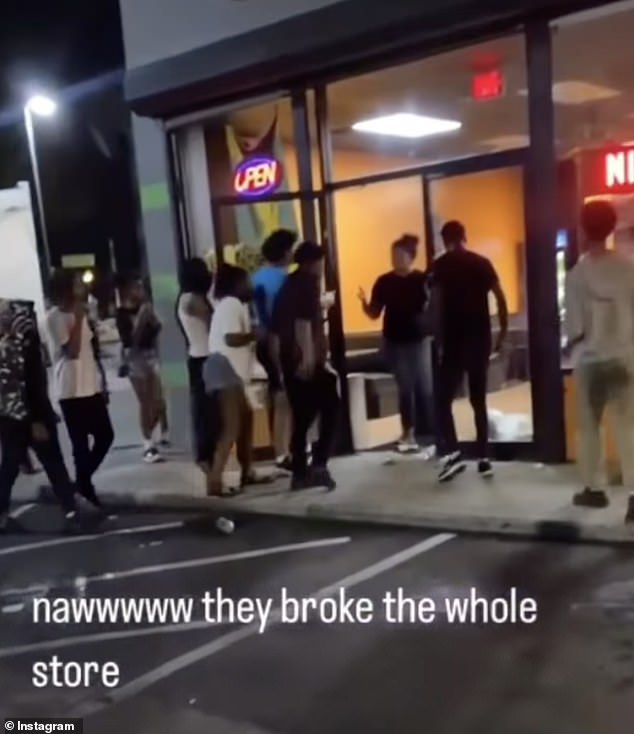 A restaurant employee who also did not want to be identified told CBS News that staff did not anticipate the attack.

“To say that I hope they don’t hurt us. I prayed to God. I was just like, what’s going on? We were surprised. We haven’t done anything to anybody and we’re just here in the neighborhood serving neighborhood food,” she said.

While taking cover, many of the restaurant staff pleaded with the crowd of young people to leave.

After the attack was over, employees had to clean up all the mess and report the damage, including a huge hole in the plexiglass.

“I forgive them and they need to pull themselves together because they are going down the wrong path,” one employee wrote in a statement.

Meanwhile, the restaurant’s owner told NBC 10 that she was blessed to reopen the restaurant in a neighborhood that was becoming increasingly dangerous.

“We didn’t do anything to anyone except open our store trying to make a living and provide service,” she said. “No one expects them to go into business to have their house ransacked.” 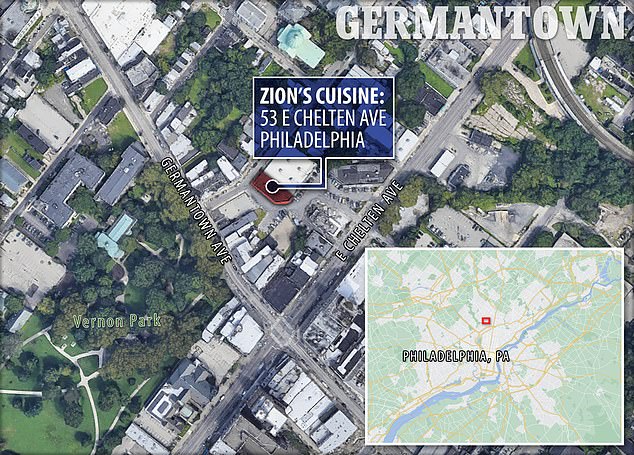 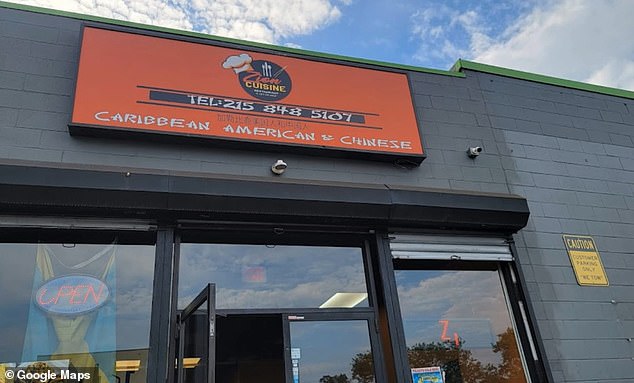 The restaurant has reopened since the attack. Pictured: Zion’s Cuisine, a Caribbean restaurant in Germantown, Philadelphia 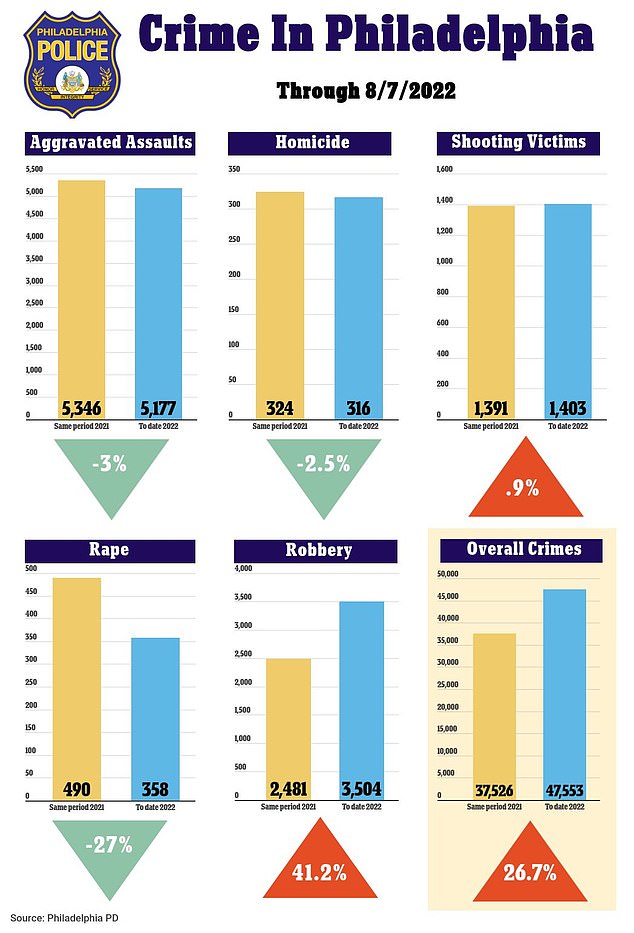 Crime remains a serious concern for residents of Germantown, as the neighborhood experiences 114 violent crimes and 199 property crimes each year, according to Movoto Real Estate.

Germantown’s rate of criminal activity is higher than the City of Philadelphia average, even though the neighborhood’s property crime rate is lower than the rest of the City of Brotherly Love.

The looting is the latest in a wave of gun violence sweeping the City of Brotherly Love, with the city having already recorded at least 264 fatal and 1,011 non-fatal shootings this year alone, according to City Comptroller Rebecca Rhynhart.

There have been 292 homicide victims in Philadelphia so far this year according to Philadelphia police statistics, a 2% drop from the same time last year.

Given this mini-crime wave, it’s no wonder a study found Philadelphia to be one of the most stressed cities in the country, ranking fifth out of 182 cities nationwide in a ranking compiled by Wallethub. .